How to become a truly inclusive employer

UK legislation (namely the Equality Act 2010) goes some way to stamping out discrimination in the workplace, but legal compliance doesn’t necessarily equate to true diversity. Here, we look at five things you can do to start building a more balanced, inclusive workforce – and to reap the rewards that come with it. 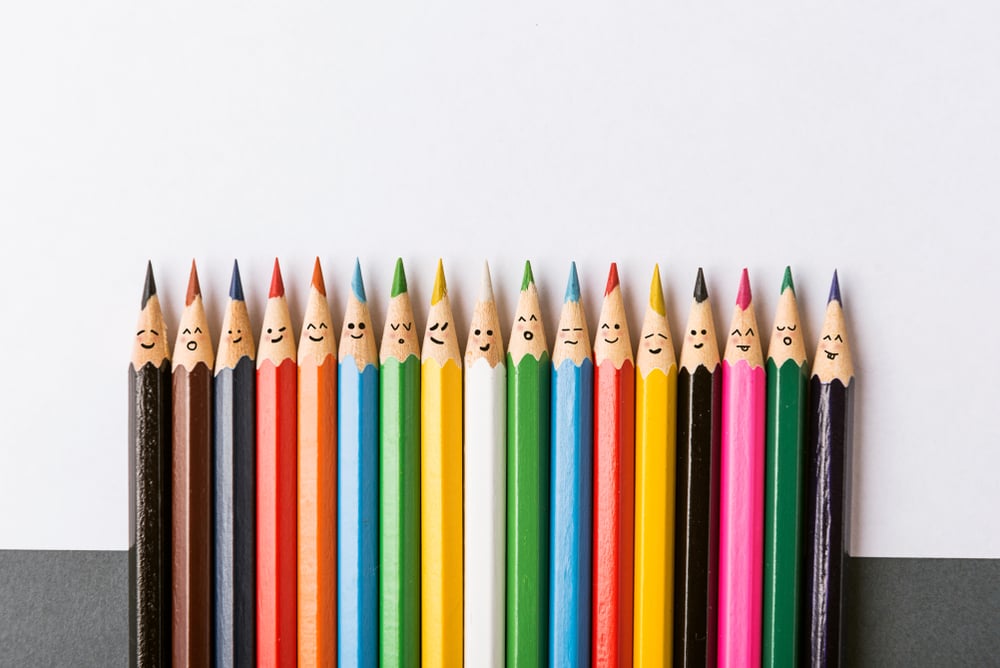 Most CVs contain plenty of useful information about their creators, but researchers have found that many employers still let names – and more specifically the assumptions of ethnicity that come with them – influence hiring decisions.

One study carried out in 2014, for example, found that French job applicants with foreign-sounding names were much less likely to hear back from recruiters than applicants with traditional French names, despite having the same qualifications and work experience.

These results don’t necessarily mean that employers are intentionally discounting ethnic minorities, but if you want to be sure that unconscious bias isn’t hindering inclusivity for your company, it could be worth removing names from CVs and applications. This is a tactic that the NHS, BBC and a number of UK universities have adopted in recent years. We trialled it ourselves with one of our clients and, together with several other tactics, saw an increase of diverse and gender-balanced job offers.

Technology can also support a drive to become more inclusive, with tools designed to help you overcome any unconscious bias in your hiring activity.

Take Textio Hire, for example: this augmented writing platform optimises your job adverts, gender-neutralising them in the process. Its marketing blurb explains: “Many phrases that will tilt the gender balance of your talent pool aren’t obvious to the human eye. Textio Hire makes unconscious bias visible as you write.”

Pocket Recruiter is another tool with a similar end-goal – it’s an AI-based platform that accurately and automatically matches candidates to roles using only skills and potential, leaving background out of the equation.

These are just a couple of examples of the technological help available; subscribe to industry media and speak with other employers to stay ahead of the latest tools and trends.

Goals are an essential aspect of running a business, so why not create one that relates to workplace diversity? This is what Lloyds Banking Group did in 2018 when it became the first FTSE 100 firm to announce an ethnic diversity target. Its objective was to ensure that 8% of its senior management team were from black, Asian or minority ethnic (BAME) backgrounds by this year (no word on the results yet).

Providing applicants are still chosen on merit, an approach like this can help employers overcome unconscious bias to provide more opportunities to minorities and create more inclusive working environments.

Admittedly, this is a controversial one – something that causes much discussion in our office, yet it can work for certain companies, so we’ll leave it to you to make up your own mind!

If you expect employees to work on-site at certain times, you’ll end up with a workforce made up only of people whose lifestyles suit these parameters. Traditional nine-to-five office hours might not be suitable for parents with childcare commitments, for example, and requiring people to work from a single location could rule out those with mobility-hindering disabilities.

Be flexible where possible to ensure you get access to the biggest and most diverse talent pool possible. Remote working policies could lead to skilled workers applying from other countries; flexible hours and holiday allowances might allow someone with specific religious commitments to join; and part-time contracts could open up roles to mothers returning to work after maternity breaks.

Set the right examples from the top down

A company’s culture is dictated largely by those at its senior levels, so if your managers and directors all fit a single profile, how can you expect the business to become or feel truly inclusive?

Set the right examples for existing and prospective employees by working to diversify your leadership team. The broader spectrum of perspectives and experiences will undoubtedly make for better decision-making at the top, but it should also trickle down to make workers of all backgrounds and profiles feel valued and represented.

And last but certainly not least, talk about and champion inclusivity – encourage open discussion at all levels to stop diversity becoming just something you as an employer ‘have to do’.

If you’d like to talk to us about diversity and action you could take to become a diverse employer, get in touch.

Sarah is Head of Marketing for the Serocor Group.

Got something to add?

Leave your comments below...